CHANGE AFTER USE (V, A, PF, W)
GREENPLUG

The GREENPLUG maintains the constant voltage, so it does not affect the output. It is a smart device designed to save power without lowering the output. 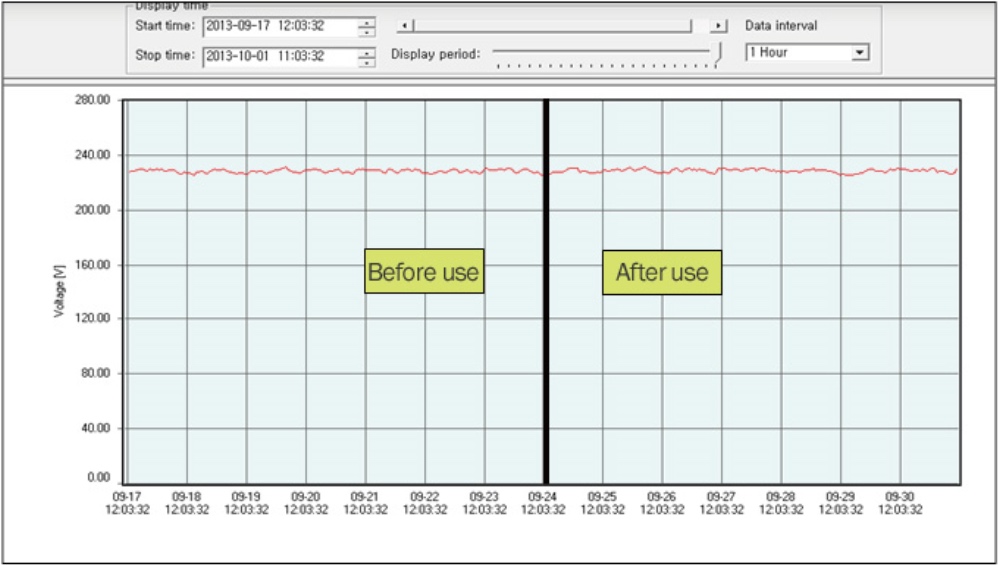 Power Factor : The power factor fluctuates tremendously before using the GREENPLUG but will set almost to 1 after using.

The voltage or electric current of an AC circuit fluctuates in the shape of a sinusoidal wave so that the sinusoidal phases do not nearly match. If the difference in the phase angle is represented by φ, and the voltage by V and the current by I,
the value of the effective power becomes VIcos φ. Since the apparent power is V (Voltage) x I (Current), if the effective power is divided by the apparent power VIcosφ / VI = cosφ, it becomes the power factor that is usually represented in a percentage.
For example, if φ = 0 and cos φ = 1, then the electric power is at it’s highest; the highest value of the power factor is 1 and the lowest value is 0.

The electric power we use in our daily life is usually representing a lagging power factor. The reason is because most electrical appliances such as air conditioner, fan, vacuum cleaner, laundry machine, and other motor electric appliances that consume large amount energy are products that represent the lagging power.

The GREENPLUG is a product that increases the power factor of the entire power system through our specialized condenser and series reactor. It significantly reduces the power loss by compensating the low lagging power factor close to 1. 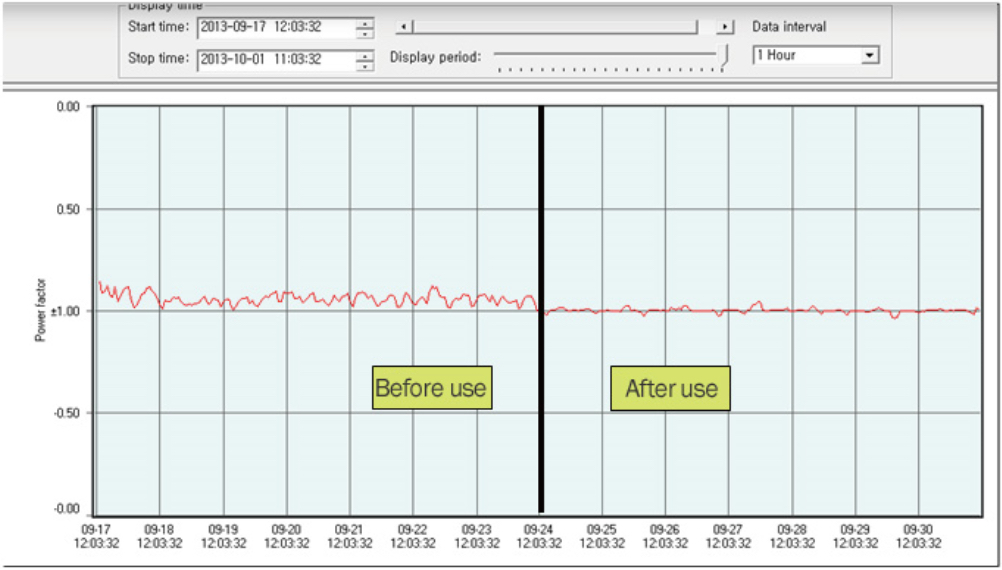 Since the effective power value is fixed to VICOSφ, the current I and COSφ are inversely proportional.

If the power factor is improved by using the GREENPLUG, the electrical current will be reduced therefore, any energy loss (I2R) that may have result from it will also be reduced. 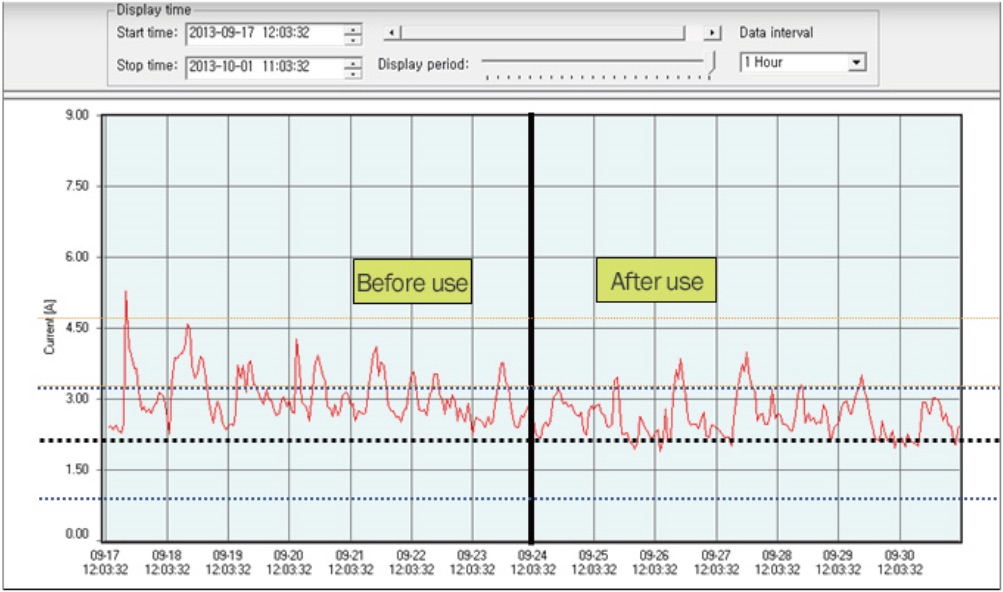 Therefore, how much the kWh comes out by multiplying power and time is very important. Electricity charges are based on the amount of electricity, including any energy loss.

Using a GREENPLUG will reduce reactive current, reactive power, and apparent power because it improves the power factor and reduces the harmonics using the harmonic filter. As in result, the noise and heat generated by the appliances are reduced,
making the power more reliable. 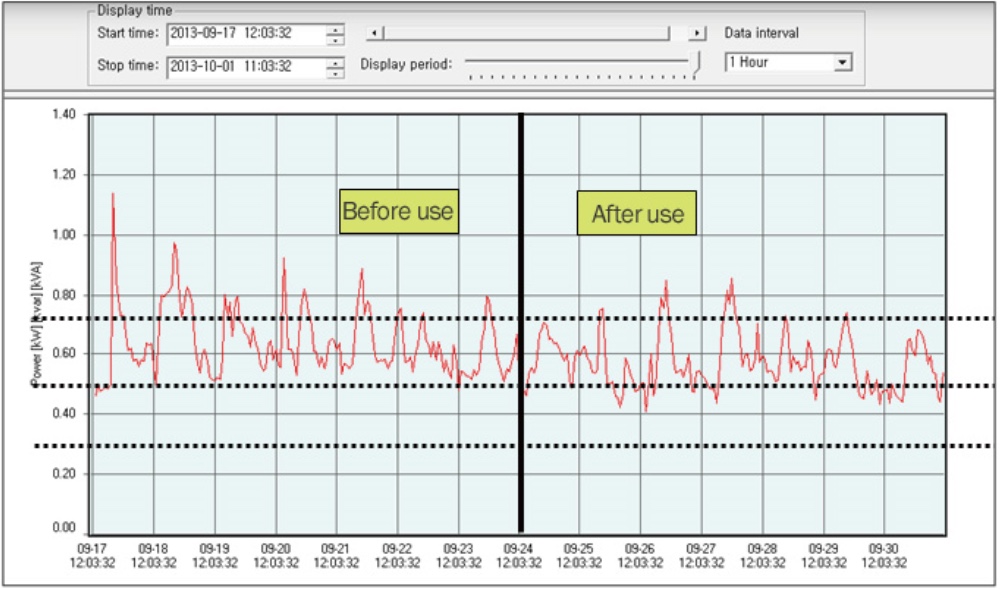